A Century at 35 Inverleith Terrace

Number 35 Inverleith Terrace was built at the end of the 19th century by James Lindsay who was the son of the founder of William Lindsay, a cooper in Edinburgh. He named the house Edzell Lodge after the name of the lands of Clan Lindsay.

James Lindsay employed Sir Robert Lorimer as his architect but in order to ensure that there was a high standard of workmanship from the builder he also employed his own clerk of works during the construction.

Lindsay himself was an extremely hard working man who managed two cooperages in Edinburgh, one at Beaver Hall and one at Glenogle Road. He would start work at 5.30 in the morning, after having walked from the Lodge along the Rocheid Path to Glenogle Road. He was, however, also aware of progress and installed one of the earliest telephone connections in Edinburgh between Edzell Lodge and the Glenogle Road cooperage.

Despite his long hours and hard work he was a very gifted man, not only business-wise but he was artistic, musical and well-read. He was very keen on art as a hobby and he used the hall, the stair and some of the rooms as a picture gallery to house his personal collection of pictures which was quite well known.

MacTaggart was a great friend of his. He was a deeply religious member of the Wee Free Church on the Mound and since it had no organ he used to sit under the pulpit and sing solo the first verse of hymns and psalms. His library was good and included original editions of Robert Louis Stevenson’s books and those of J.M. Barrie.

James and his wife Anne had a family of two sons and six daughters. At the beginning of the century the Lodge was therefore housing some 14 people. James, though not good looking, had a lot of charm and was very entertaining. Anne was a beautiful woman – a real matriarch – only her family mattered to her. After James died she never at any time had to live in Edzell Lodge by herself. She always had some of the family with her; one or other of her daughters.

One son was still managing the cooperage business but was living at 36 Inverleith Place on the other side of the Botanical Gardens. She was a woman of strong character and views which might not have suited the more ecumenical approach to life of today. She was once heard to say that when she died she did not mind who bought the house as long as it was not a Roman Catholic.

One of the highlights of the house’s existence occurred in 1923 when it was used for the wedding reception for James’s granddaughter Nita, at which there were 500 guests including both the Scottish and Irish International Rugby Teams.

When Anne died in 1932 the house was bought by Mr Thomas McGregor but after the 1939-45 war it was sold again to become a children’s home. Early in the 60’s it passed to the Standard Life Insurance Company who used it as hostel accommodation for their trainee actuaries. Many of the trainees had been recruited from the Highlands and Islands and when they arrived in Edinburgh they found difficulty in getting suitable accommodation which was both convenient for their work and for studying for their exams.

In the mid 70’s the Lodge again changed hands being bought as a private residence by Mr Brian Footman who was a Stockbridge veterinary surgeon.

In 1970 the Representative Church Council of the Episcopal Church in Scotland were looking for a property to replace their existing house “Braeburn” in Blacket Place which was being used by them as a home for the elderly. They decided to purchase Edzell Lodge for conversion.

It was not however until October 1981 that work was complete and the residents at Blacket Place together with other additional residents were able to move in to the new Braeburn Home. It now houses 22/24 persons more than half as many again as at the beginning of the century. 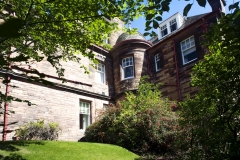 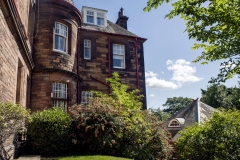 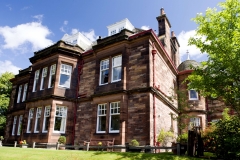 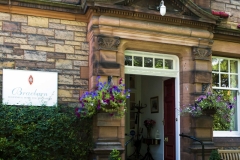 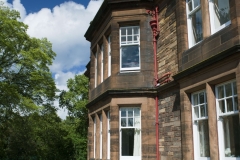 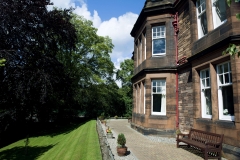 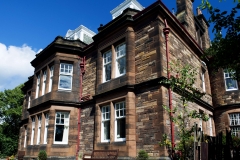 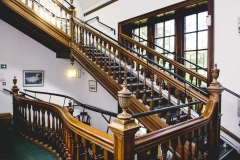 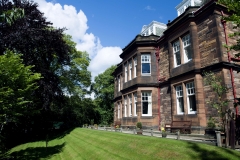 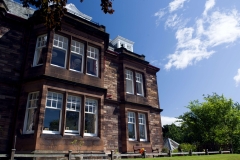 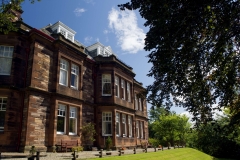 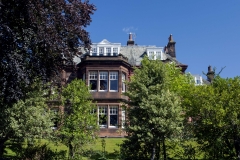 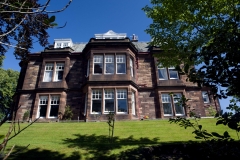 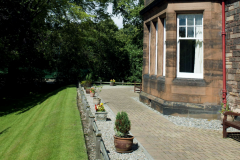 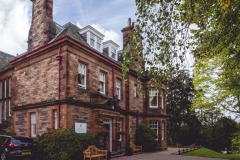